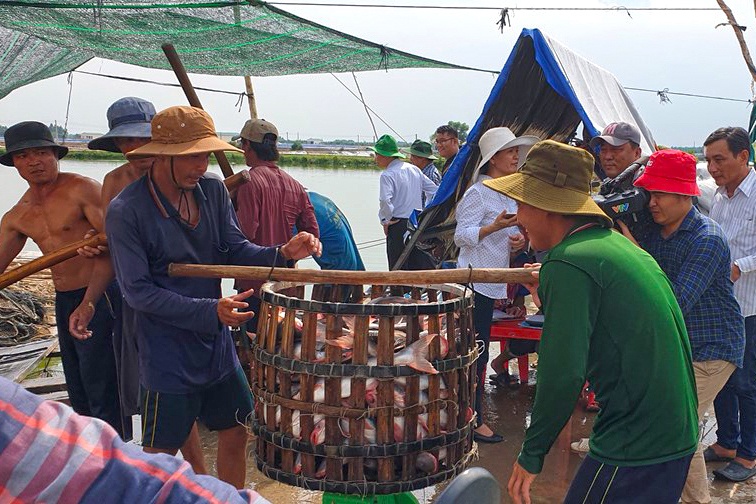 Price levels for Vietnamese farmed pangasius have experienced a near-unprecedented slide since the start of 2019, from what were record highs in 2018.

``It`s going down day-by-day,`` one purchaser with a Dutch importer told Undercurrent News. ``The main reason still is that the US and China still are not ordering.`` He put prices at $2.35/kg and felt prices could still be declining.

One Vietnam-based trader told Undercurrent prices now were at $2.50-$2.60/kg.

``Pangasius is now at its lowest price for the last 10 months,`` he said. He put this down to an increase in farming volumes after 2018`s high prices incentivized farmers; limited purchasing by China; and high stock volumes already in some markets. Premium fillets are still headed to the EU at prices up around $2.80/kg.

A third source, involved in both R&D and the pangasius market in Vietnam, confirmed ``there has been a lot of investment in production, especially from independent farmers; there`s been a 10% or 15% increase in capacity, by our estimates``.

This means processors now are in a strong position when purchasing raw materials, he added.

``[Processors] have been prioritizing their own farm production to drive prices down over the last few months. Right now we hear independent farmers are trying to postpone harvest to drive the price up again.``

He also added that raw material prices are now VND 19,500/kg ex-farm ‚Äì ``the lowest they have been in three years``.

One further trading source estimated farming in Vietnam has increased around 5-10%, but also noted Indonesia has increased some 400,000 metric tons ‚Äì ``some one-third of Vietnam`s existing production`` ‚Äì while India, China, and Myanmar have also been upping their output.

Indonesia`s 2016 pangasius production was put at 373,000t, and forecast to increase to 485,000t in 2018 and 562,000t in 2020, according to respondents to the Global Aquaculture Alliance surveys in anticipation of the 2018 Global Outlook for Aquaculture Leadership conference.

``The supply, especially of whole fish, is plenty now,`` said the source.

``So, no surprise we have been seeing lower price levels. Plus, as a seasonality matter, it is normally low during summer time, June and July, before it picks up from quarter three towards the year end,`` she said.

``We expect a similar trend this year; however, of course, the volatility this year should be much less, and the price rebound should not be sharp.``