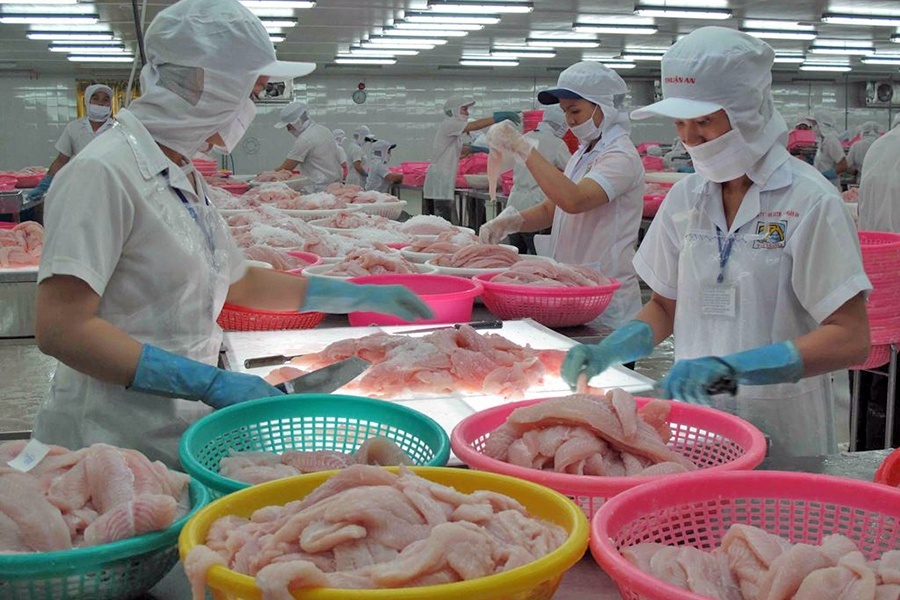 Lower-than-expected exports of shrimp, pangasius and other items could cause Vietnam to miss its 2019 $10 billion export goal by a billion dollars, the Vietnam Association of Seafood Exporters and Producers (VASEP) said in a report released Monday, according to Reuters.

One reason for the decline, the trade association suggested, is a fall of 11% in exports to the European Union because of the ``yellow card`` restriction in place since 2017 for illegal fishing. Another is a drop of 5% in exports to China, due to that country`s tightening of import policies.